On the eve of Republic day on the square in front of the family Center "Kazan" with project "national karaoke" soloists "Choir of Turkish and female Soprano team. Together with the artists and audience sang on stage, Mayor of Kazan and the leader of the Republic.

-In Kazan all so beautiful, pure, elegant, gently. Stunning public gardens, parks, buildings, infrastructure, incredible. Kazan gives Russia the idea that in order to be happy, do not go to Moscow, St. Petersburg. Can be great, prestigious and beautiful to live in their city — shared impressions before the concert Mikhail Turkish.

Project "national karaoke" is already quite popular in Russia. Choir with him at 35 venues in different cities of the country, plus 15 concerts in Kazakhstan. But Kazan is especially lucky, as usually sings only men's part of the team, and came to us and his wonderful Soprano of the Turkish half.

Rustam Nurgaliyevich even today will come here and we for him and guests sing the song in the Tatar language. Let's sing a song that unites us, the Volga River. It's the same great Russian River, which today is a symbol of friendship of our great State is plurinational, makes Turkish announcement. 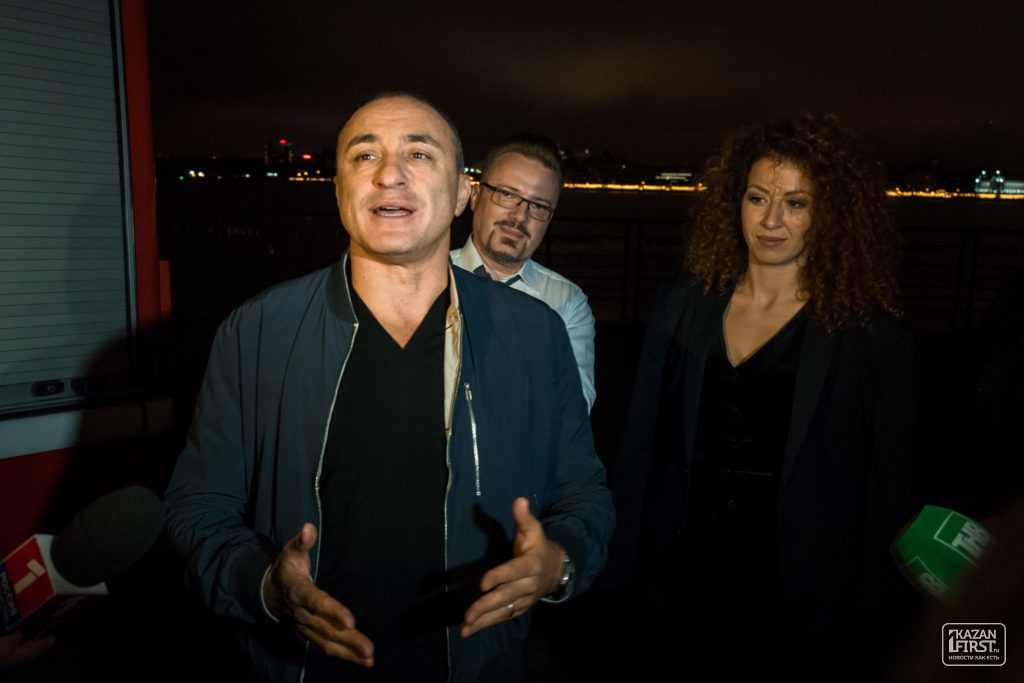 And the artist is not fooled by the beginning of the concert approached all the major person of Tatarstan, among which, of course, was President. Climbing onto the stage, Rustam Minnikhanov congratulated inhabitants of the city.

— Today is a special day, we celebrate the day of the city begin to celebrate Republic day. Actually our krasivaya, capital of the Republic successful, come to us to these guests is a great team. I want to congratulate you all on a holiday, wish prosperity to everyone as a whole Republic, our capital and our country, "said the leader of Tatarstan.

But artists are just so the President from the scene did not let go, asking them to sing with a familiar song, "all Hope is my compass terrestrial. Turkish tried to speak the words, but it turns out that the popular hit the main person of Tatarstan and yourself know perfectly well, so quietly sang in "national karaoke". You can continue to sing again and again, and it planned Turetsky choir, but Rustam minnikhanov, otshutivshis: "your bread won't take. We went, along with the Mayor of Kazan Ilsurom Metshinym descended from the stage and became a oversee the concert as spectators.

Artists collectives assumed successively the familiar tunes, and they sang the Festival guests. Here you and Rowan curly "and" Maple "and" Gardens, flowering only once. Although there were works that many viewers clearly could not overpower. If artists collectives with their unique voices with ease perepevajut Freddie Mercury and Montserrat Caballe, kazancam it was clearly not under force is the only remaining wonder latitude range and beauty of the votes. Michael himself was Aromanian scene, trying to warm up pretty frozen crowd of spectators and musicians cheer.

Is immediately evident when come big artists. They sing live, chatting with the audience, their music makes you want to dance. Resting at such concerts, charging for the whole week. But tomorrow we will have new guests in all weathers come look to them. Republic day is a great day, associated with our history, we should remember her, to celebrate this date and try to make our Tatarstan is even better, "said spectator Festival Rasul Sharipov.

But the main surprise from Turkish steel songs in the Tatar language. Before Michael told us that the team was difficult rehearsing the song in Tatar. But in the chorus turned artist whose wife said in the native language of Tatarstan, and it was the easiest.

-We brought the guy from police, who speaks the language well. I told him: ' Listen, you're every word needs to understand. He said: "I do not believe, but every word I understand." 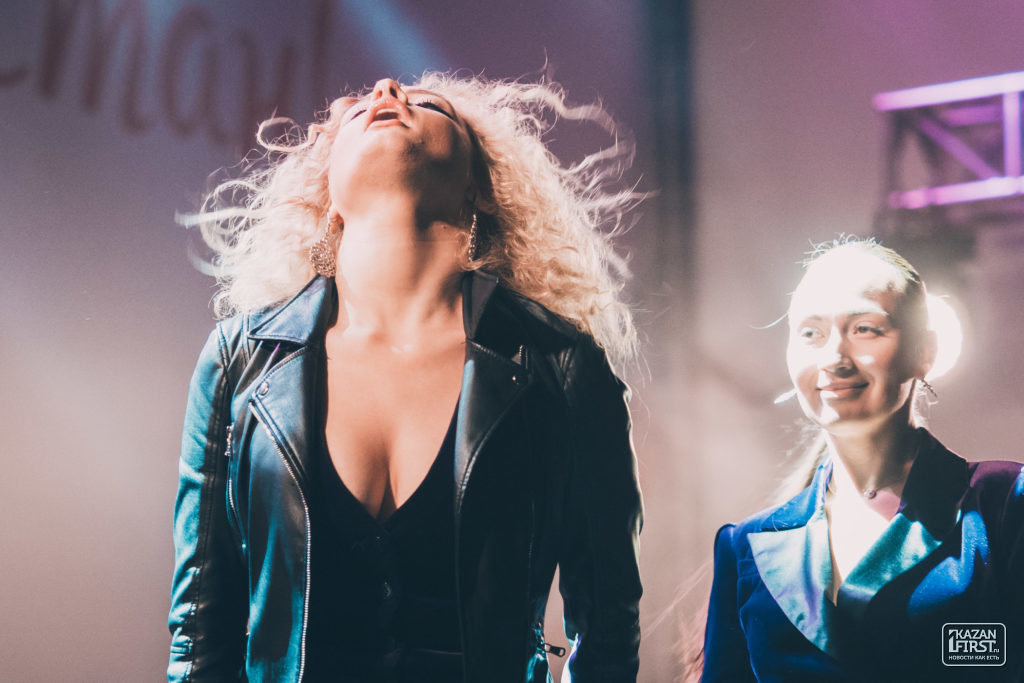 That's just to memorize the texts on new language artists didn't work, so I had to pry on printed leaflets. But it all went well, the audience even said that they understood, as singing musicians. The concert ended with "Turkish" Choir rendition of the national anthem of the country.

Today in honor of the Republic Day celebrations will continue, among the major stars of the festival audience will hear the Christmas tree and Mitya Fomin, who will perform at the square near the "Bowl".

And those closer to enjoy Classics concert at the Palace, where farmers Festival "Kazan autumn». The participants will perform classical and contemporary opera productions, including the composers of the Republic of Tatarstan in the Tatar language.