Grand concert gave in Tyumen in honor of anniversary of 73 of the Tyumen region "Turetsky choir». This incredible show Tyumen has not seen ever! On stage with artists of several songs sung on the head region Vladimir Yakushev. The charismatic head of the team Michail Turkish confessed that in the history of singing with 20 Governors of different regions of the country and named Vladimir Yakushev most singing of them. The audience was delighted-from glow of emotion, from the popular karaoke with your favorite songs and from the comments and then gave the stage Turkish, introducing a song. One of his statements worthy of endless citations. "When you're all together in unison — energy scale and the scale of the shocks! Brilliant and strong, broken city. This is an incredible song, this is the real world hit. This is a song about how everything in our hands and the miracle is possible. The song that will not come on uncle and won't change our lives for the better. Neither the President nor the Governor, only we with you will make life in the city and in the country's prestigious and comfortable. Love song to the city of Tyumen. This is our city and our city is the best! "said from the stage, the world-renowned artist, announcing" a song on coast tours» recognized anthem of the regional centre. 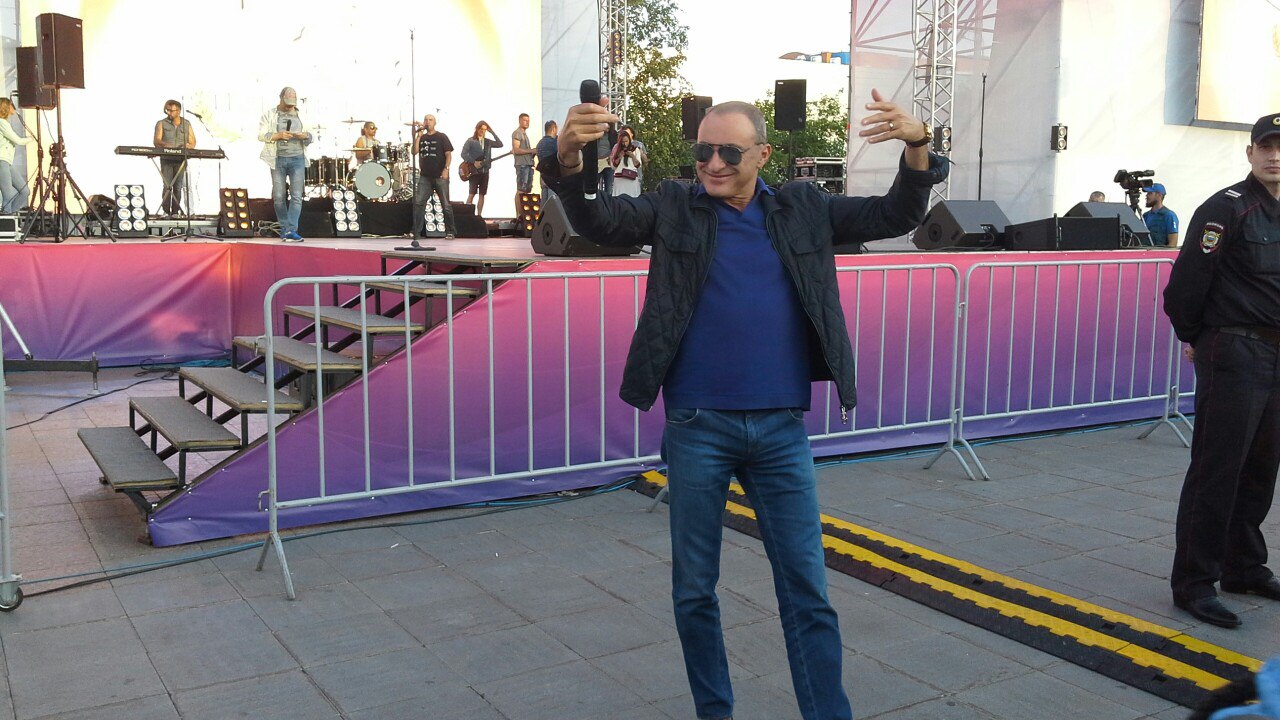 The concert took place on tsvetnoy Boulevard. It was visited by more than 22 thousand citizens. Sounded from the stage world and local hits. Artists have managed to turn his speech into the show with elements of popular karaoke-the audience happily sang along and Kupala guests in applause. The main surprise was the performance of the concert program of the Tyumen region Governor Vladimir Yakushev. He congratulated his countrymen on his birthday area wished health, success, prosperity and sang with the support of the spectators and participants of the choir three penalties-"Main guys heart not grow old", "hope is my compass terrestrial", "I drink for those in the sea," as well as "Russian national anthem". 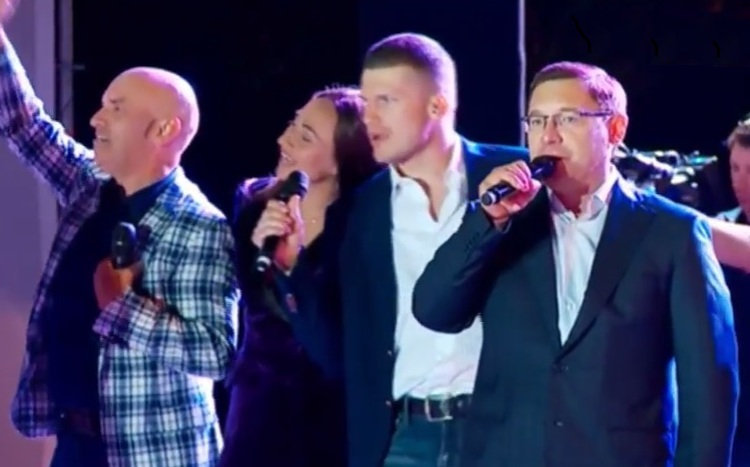 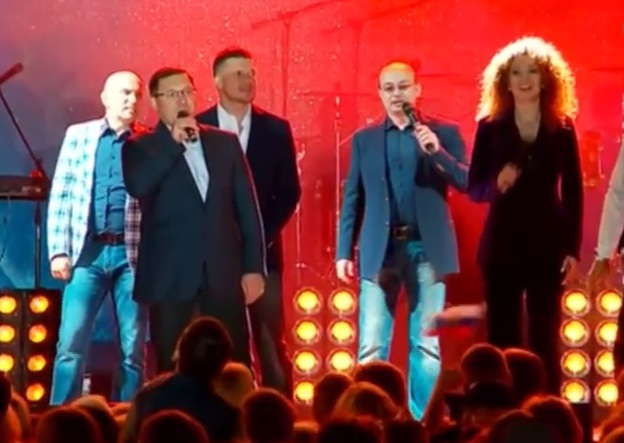 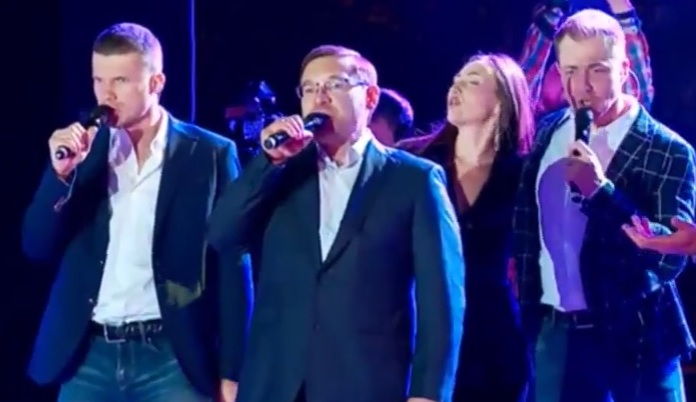 "Cool, fervently, heartily and without complexes, and most importantly-without fee! Thank you! Here's what success in hometown! "— echoed a statement by Vladimir V. people's artist of Russia Mikhail Turkish.

Singing program was giddy, like a palette of votes expressed. Particularly worth mentioning is one of the numbers that hit Andrey tyumentsev, whereby artists with unikalymi votes to perepeli hit, a Duet with Freddie Mercury and Montserrat Caballe. Female party served as honored artist of Russia, a native of Ukraine, unicum, possessing the rare male soprano, Mihail kuznecov, which is called "the choir of the Turkish currency, which for more than 20 years, is a member of the band and managed to impress, and Europe, and Asia. 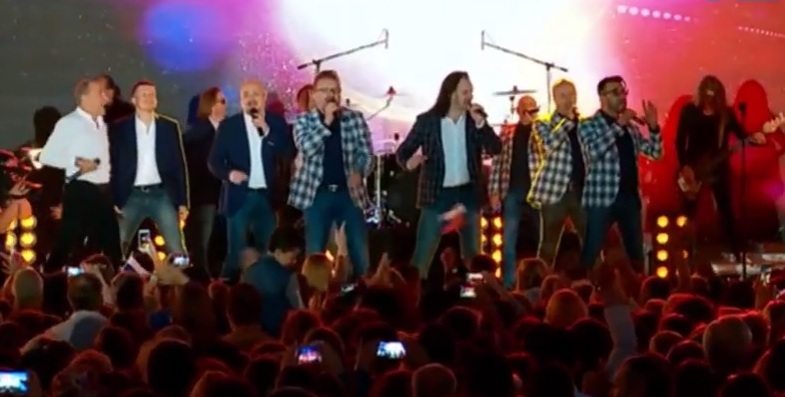 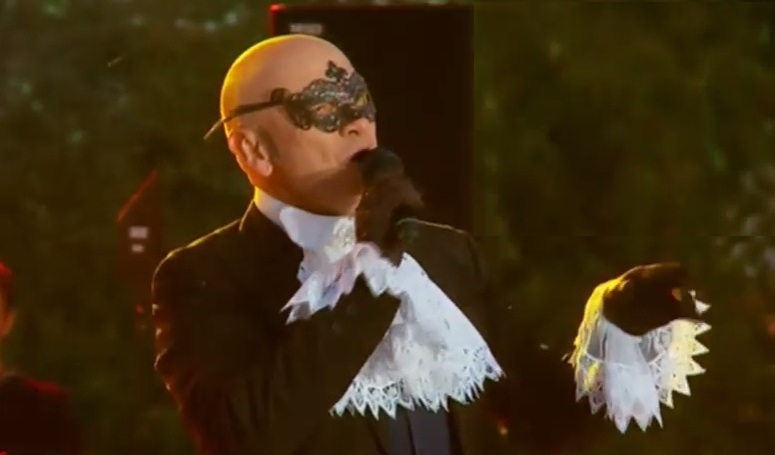 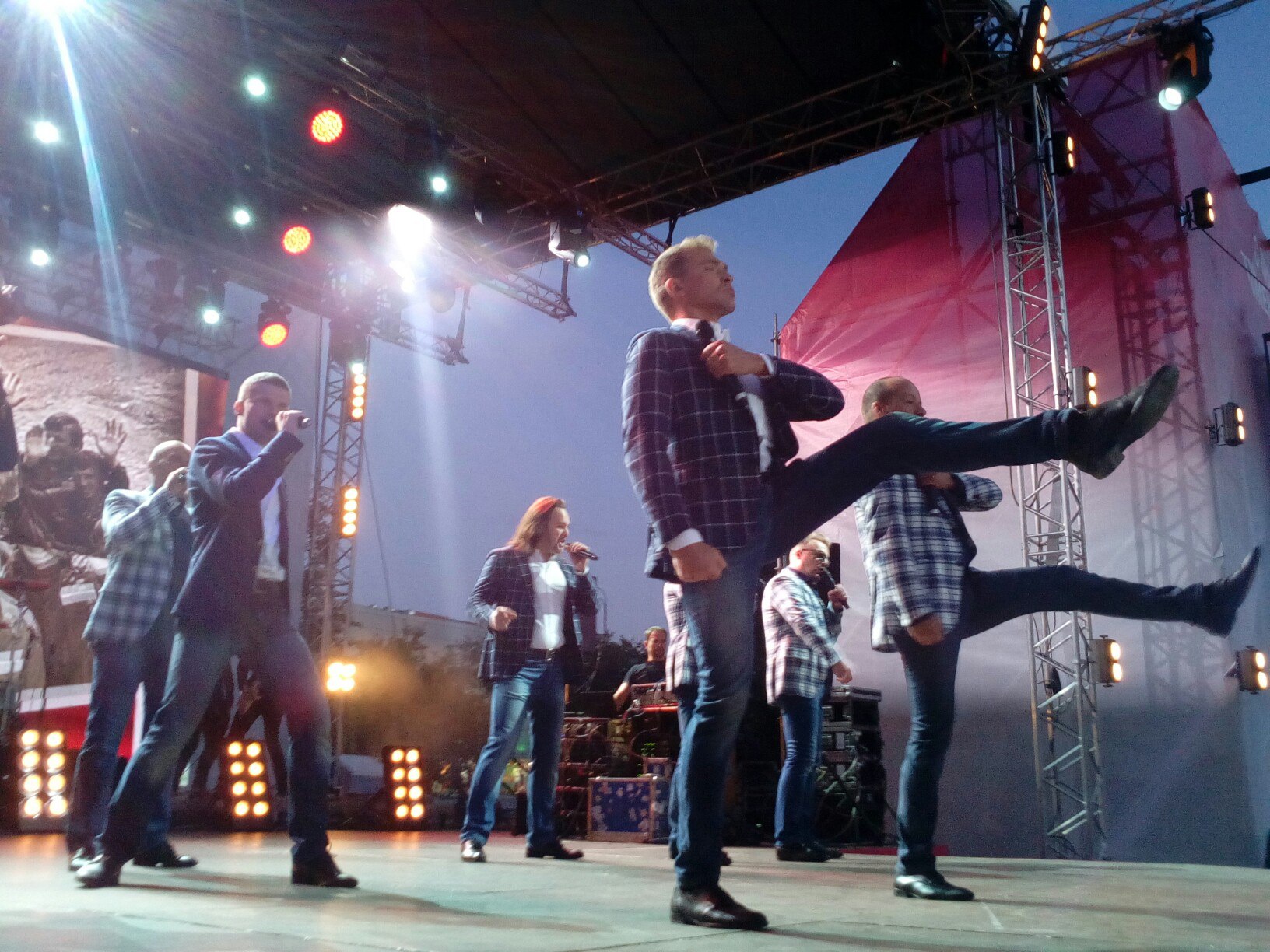 Dessert was the participation of three representatives of the Turkish women's choir, SOPRANO. Not without execution of the favorite songs of Russian President Vladimir Putin is "what begins motherland". At the end of the concert Mikhail Turkish introduced the participants of the legendary group, thanking for work and presenting to the public each personally, not forgetting and technical workers. In addition, he admitted that his friendship with the Tyumen oblast "Chorus of the Turkish" lasts for almost 20 years. According to him, with the 1998 year Tyumen oblast gives the team confidence that here "Chorus of the Turkish" have real friends. In addition, he thanked for their support of the Vice Governor of the Tyumen region, his longtime friend Sergey Sarychev. 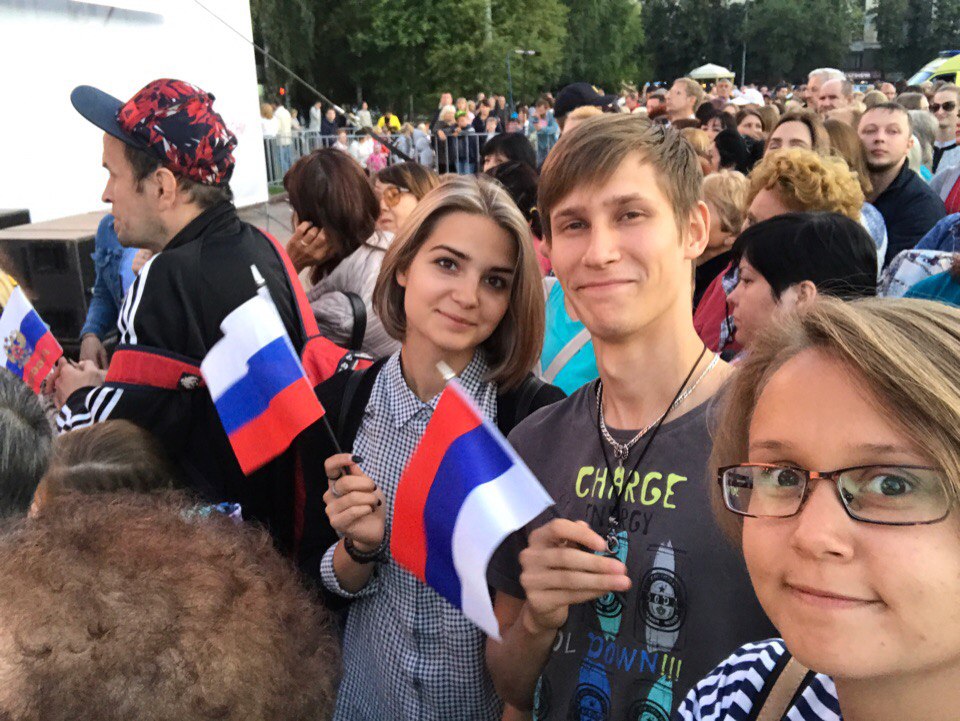 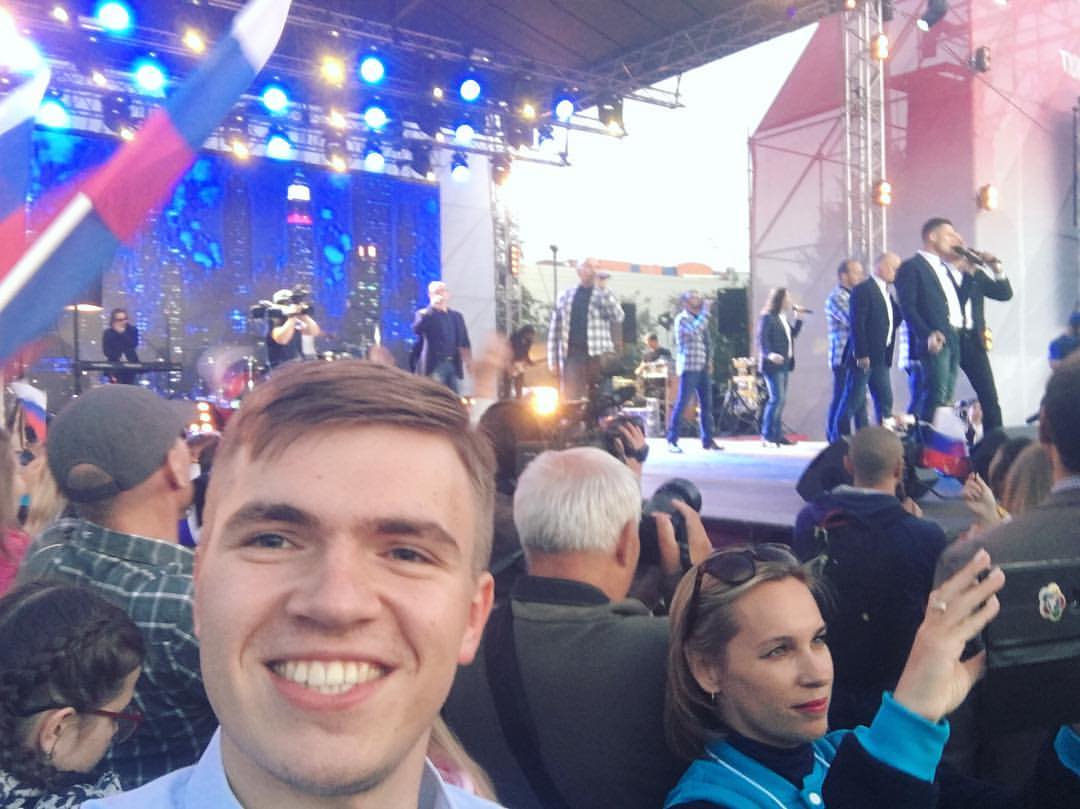 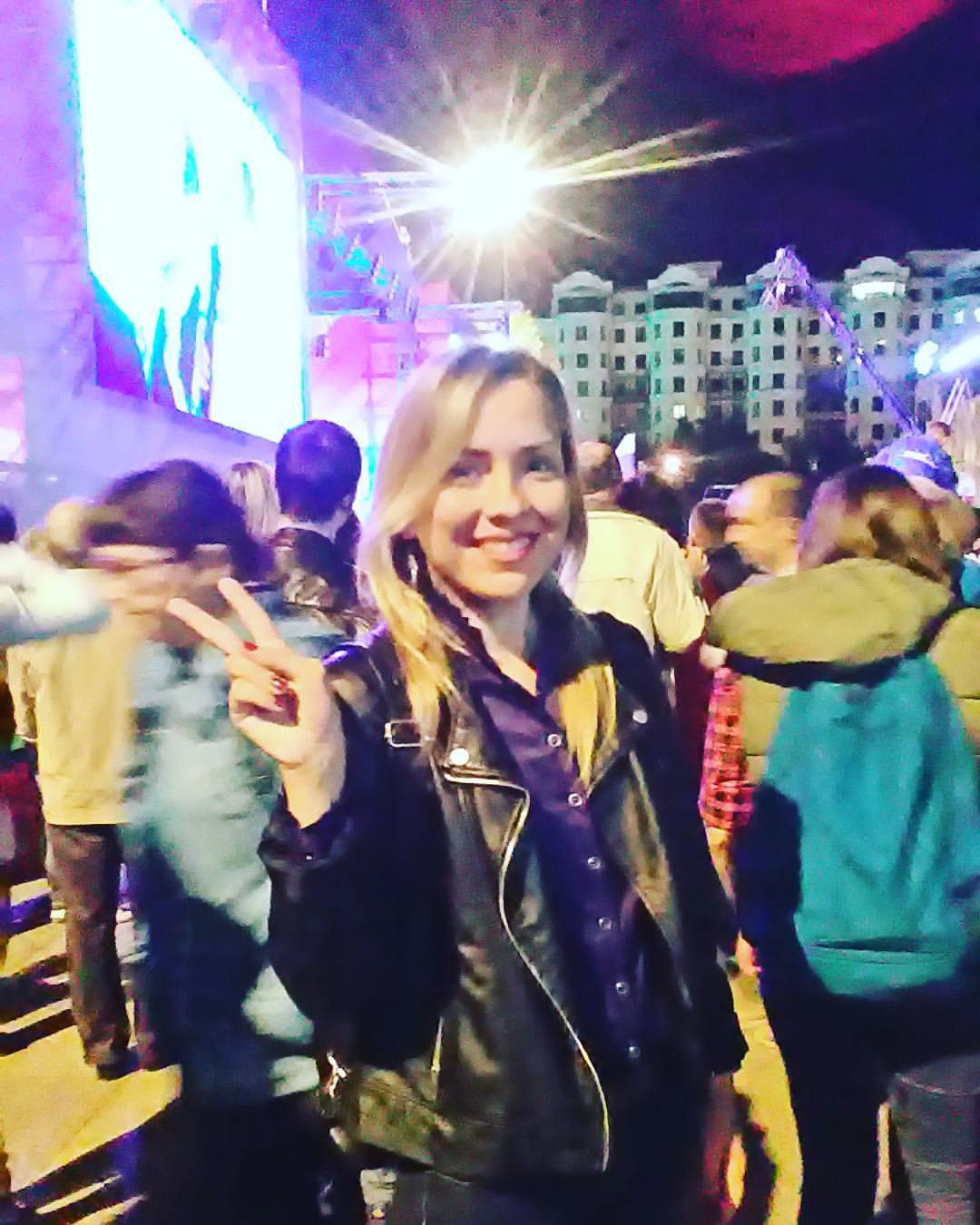 Tjumency actively share their impressions about the concert in social networks. For a lot of creativity "Chorus of the Turkish" became a real discovery. Here are just a few testimonials left by the townspeople:

"This song today, 18 August, arranged in the center of the Tyumen" HorTureckogo ". Cool. In the end even Huber otzheg … Song sang, respekt. Would be able to award would be prescribed. "To say that it was cool-nothing to say … I am in awe! Such a concert Tyumen has not yet seen. "Great tonight, went to the concert. Chorus of Mihiala Turkish, lit audience in Tyumen. "Watching on tv live broadcast of Turkish choir on tsvetnoy Boulevard in the city of Tyumen. What a pity that not at all heard about this event, but it would definitely went to see live. Yes and everything on tv is impressive. Pride in Governor Yakusheva Vladimir Vladimirovich. Without complexes very qualitatively performed without podpevok a whole three songs. Karaoke for such performance would give a lot. Mikhail Turkish generally irresistible, real people's artist of Russia. "Congratulations to the Tyumen oblast and all its inhabitants with 73-her anniversary. HorTureckogo was great, for the first time at their concert, exceeded all of the expectations! " "Staring on tv, sang along (I know all the words Sung songs) and regrets that it did not come to the square to feel this atmosphere even more! Everything was so good (although the words on the screen did not appear) "our dear, Turetsky choir, you know that you're cool, but I still say this one more time, you're doing the right thing, everywhere are at your shows, today here at karaoke! Love you, say as a person who grew up in a musical family in several generations. Your love for music, relationship to each other, to the spectator! It is well worth it. Be always healthy you and dear to you people. "It was super! Often such concerts staged in Tyumen. First heard the choir of Michael Turetsky and were impressed. Thanks for the holiday. Day field noted cooler than the city day. " "Really enjoyed the concert, potancevali, sang the whole area with the chorus. Got a powerful charge of positive! "

There were, however, and the disgruntled:

«Bravo! But it is necessary to communicate with all people, and not only there, where stands the Governor! "

"Turkish behaved familiarly and disrespectful towards the audience»

"Cool it, only the range of police, riot police and other".

Obviously, indifferent to the show on tsvetnoy Boulevard has none. The holiday was a success! The members of the group before submission to willingly handed out tjumencam autographs and took pictures with fans. Mikhail Turkish thanked townspeople for the warm reception not only from the stage, but also in social networks.