«Turetsky choir» will perform at the Kazakhstan people's Unity Day

1 may in Almaty, in the square of Abai, Kazakhstan people's unity day, the legendary group "Turetsky choir» will suit this Song."
The chorus along with the Chorus of the Turkish "-sing Almaty!  Admission is free!
The project has been dubbed the people's Karaoke-sing absolutely everything! Incredible voice, time-tested hits and music compliment the songs in the Kazakh language!

«Turetsky choir "is a musical phenomenon of the 21 century, synergy unique vocal capabilities, acting and great charisma. They are called record shifts in popularity, with more than 5000 exits the stage, more than 3 million km travelled path, more than 150 events in honor of the anniversary, which were attended by about 1 million. the man!

It should be noted that for the first time in Kazakhstan, the project took place in the year 2016, then "Holidays" were held in 5 cities of Republic and had great resonance in society. After the successful implementation of the geography of the project expanded in Kazakhstan-in the year 2017 holidays planned already in about 10 cities:

Project sponsors: Bank RBK, lemonades ТМ "golden ring" and Kazakhstan Cola.
The event will be held with support of Akimat of the city. 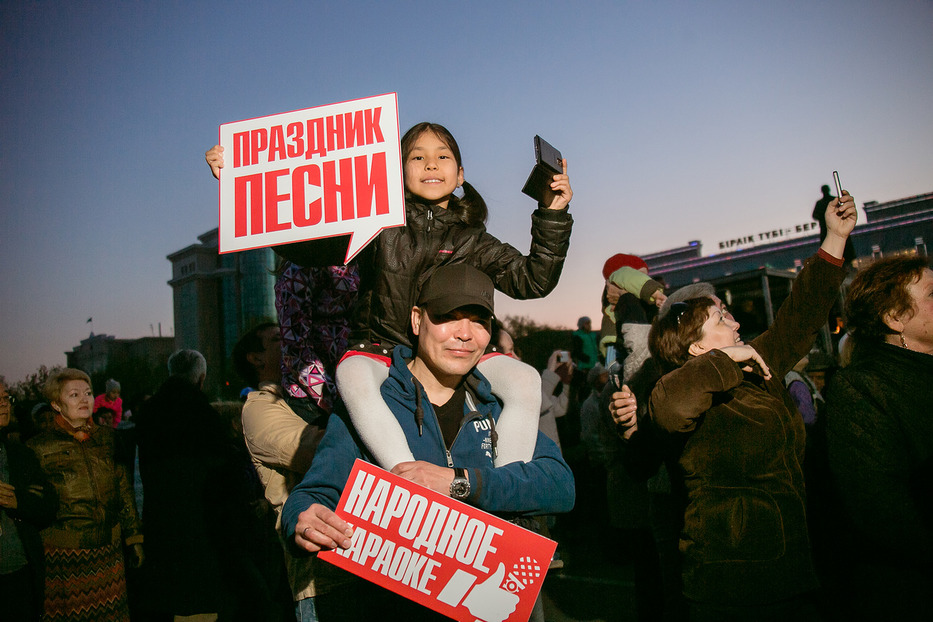 Note: For 2015-2016 Gg. "The holiday Song" has been implemented in more than 25 cities of Russia, having collected about 1 000 000 viewers. The idea of spending the holiday Songs originated during the creative meeting with Kazakh President Nursultan Nazarbayev, who in "Turetsky choir" performed the song "spring on Zarechnaya Street.

Day of unity of the people of Kazakhstan will be held on the square of Abai May 1, 2017
Admission is free!

Facebook Twitter Google Odnoklassniki WhatsApp VK Telegram
Newer Victory songs performed "Turetsky choir" on one of the central squares in Berlin
Back to list
Older Yuliya Vysotskaya, Andrei Konchalovsky and others on the anniversary of Mikhail Turetsky: photo spread