Yesterday, June 10, the Great Novgorod visited the "Turkish choir". The famous team gave a two-hour concert on the main square of the city.

Recall, to its 25th anniversary Ensemble created a large-scale project "Song Festival". The idea of the project arose during a creative meeting with Russian President Vladimir Putin. The head of State supported the holding of such holidays in all regions of Russia.

"Folk karaoke" supports the fifth channel. Thus, a series of concerts together with the "Turkish choir" country celebrates the 80th anniversary of the legendary television.

Long before the concert to the stage Stjanulis spectators waiting for the guests. 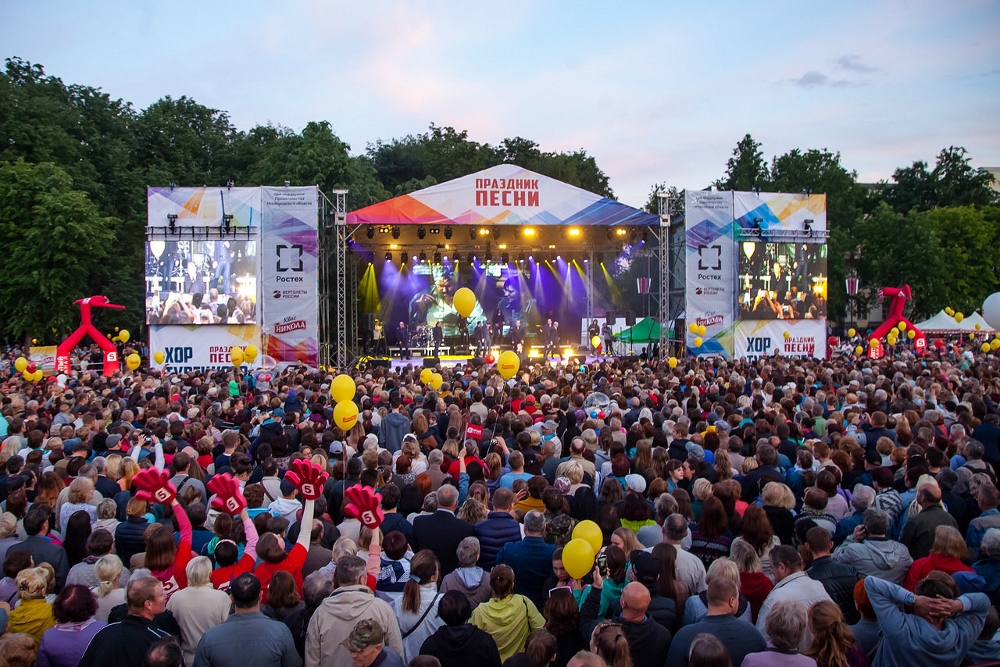 The head of the ensemble Mikhail Turkish talked to the journalists before the concert and told that the songs of five generations would be heard:

-Viktor Choi, Igor Talca, folk songs, Soviet Estrada, romances, and even world Opera classics. Although it will not be able to sing, but we must bring to the people world masterpieces, because not everyone has the opportunity to buy a ticket and listen to it in the hall,-shared Michael Turkish. 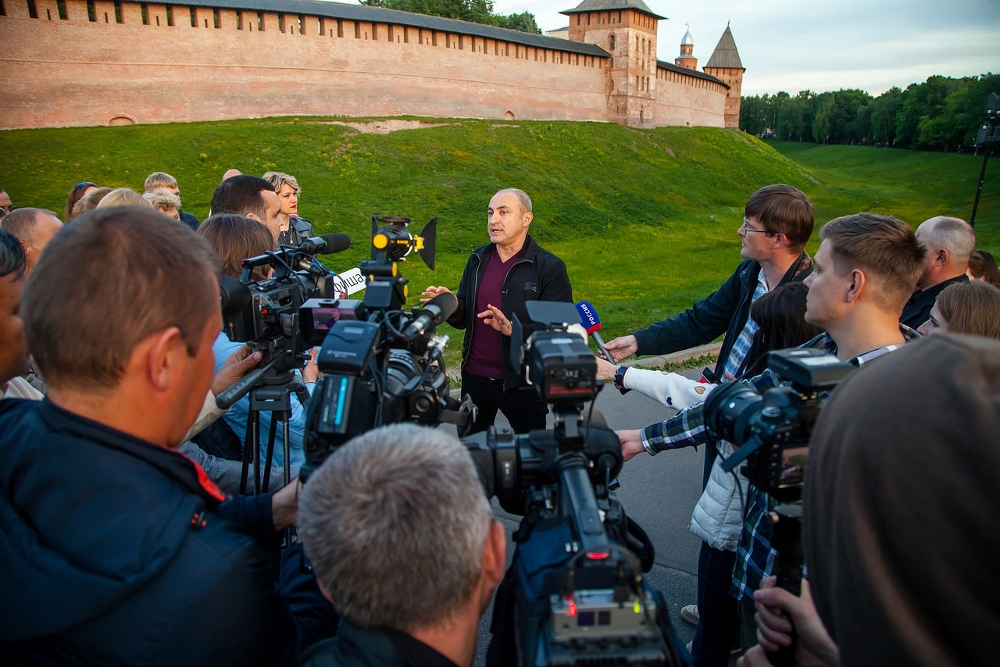 "The Great Novgorod is changing before the eyes, the last time I was here about six months ago," the musician said. -You have taken a big step forward. I want to thank those people who stand behind it. " He confessed to love our city and told that he does not like to sit in the hotel and always walks around the sights, "eagerly all looking". 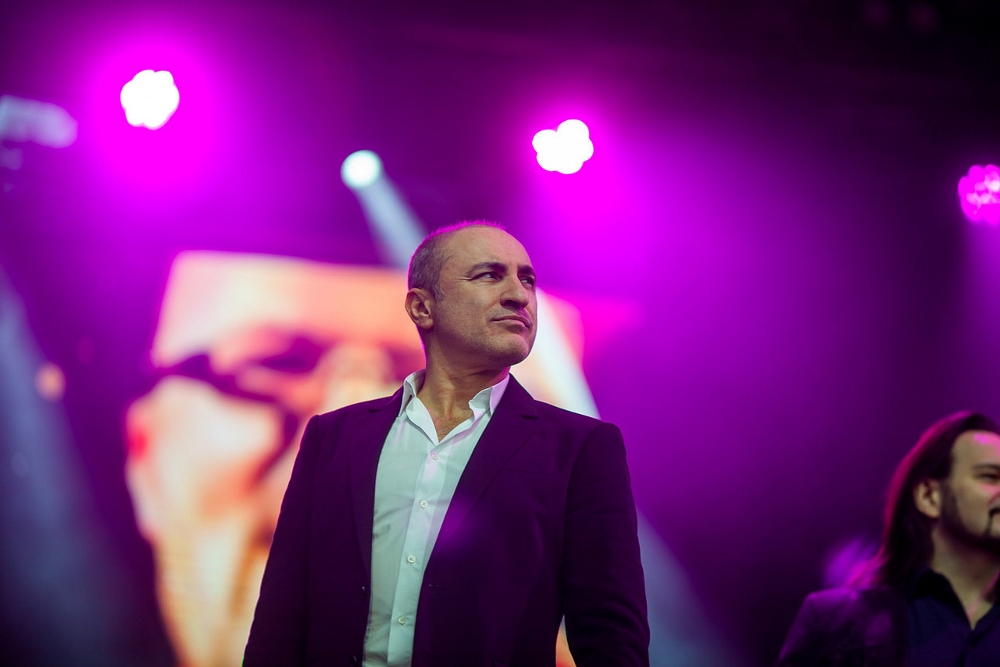 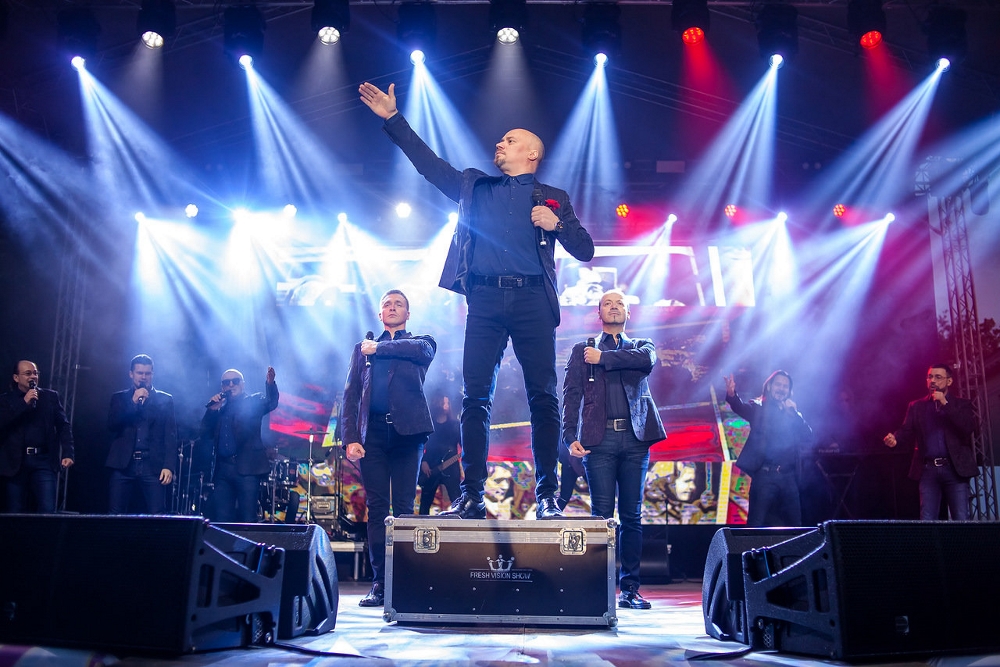 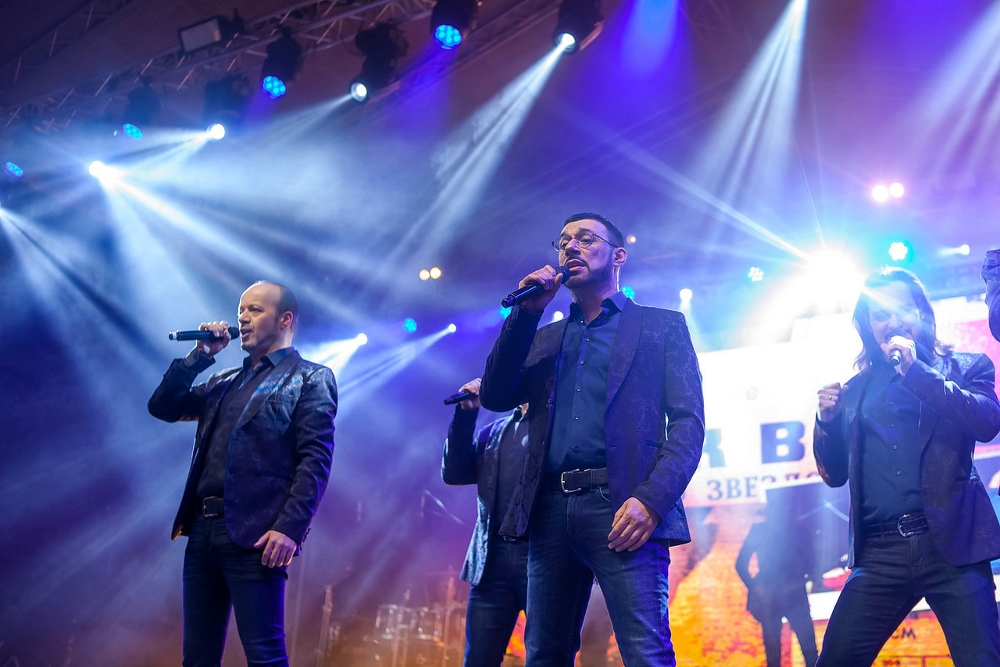 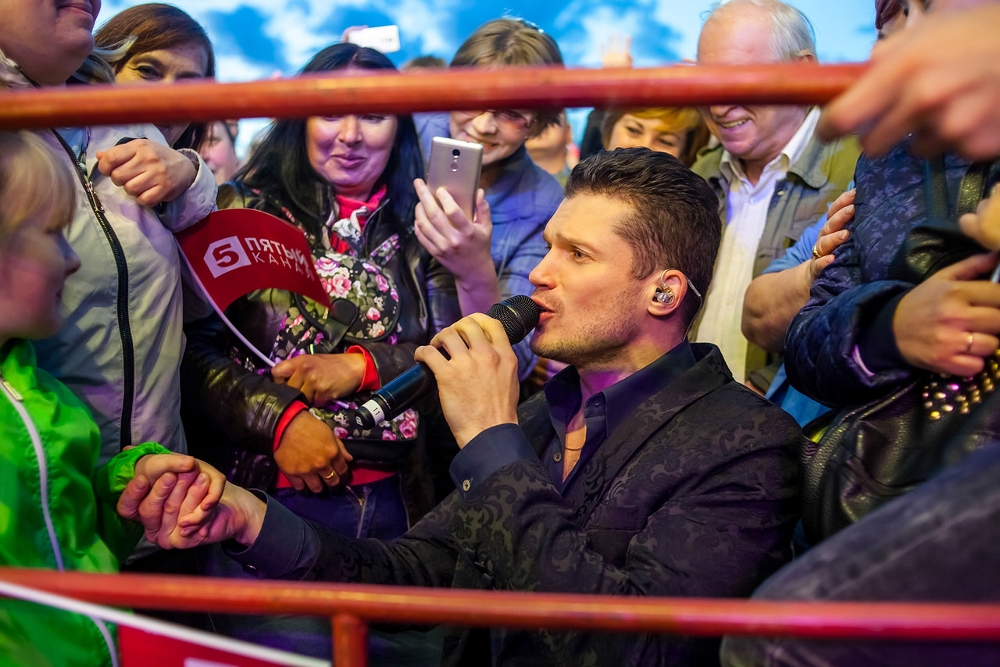 The special guest of the holiday was the art-group SOPRANO. 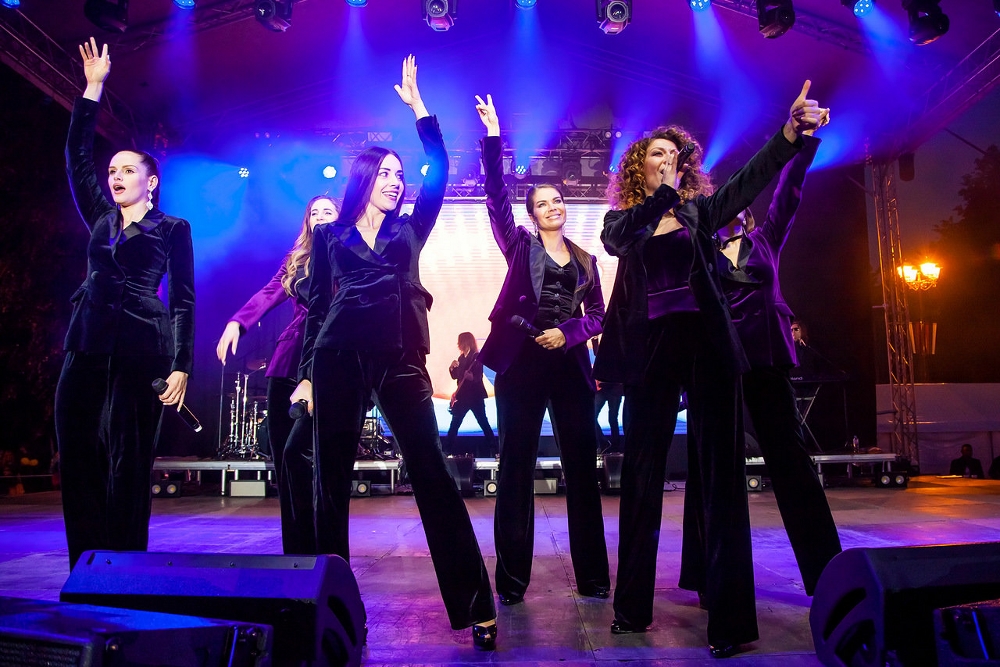 And in plans-to create and the children's choir. But now it will not work because of the dense employment. "Before you get married and have children, you need to build a house. So we: we will first "buy an apartment", make it normal, and then start a children's choir, "said Mikhail Turkish. 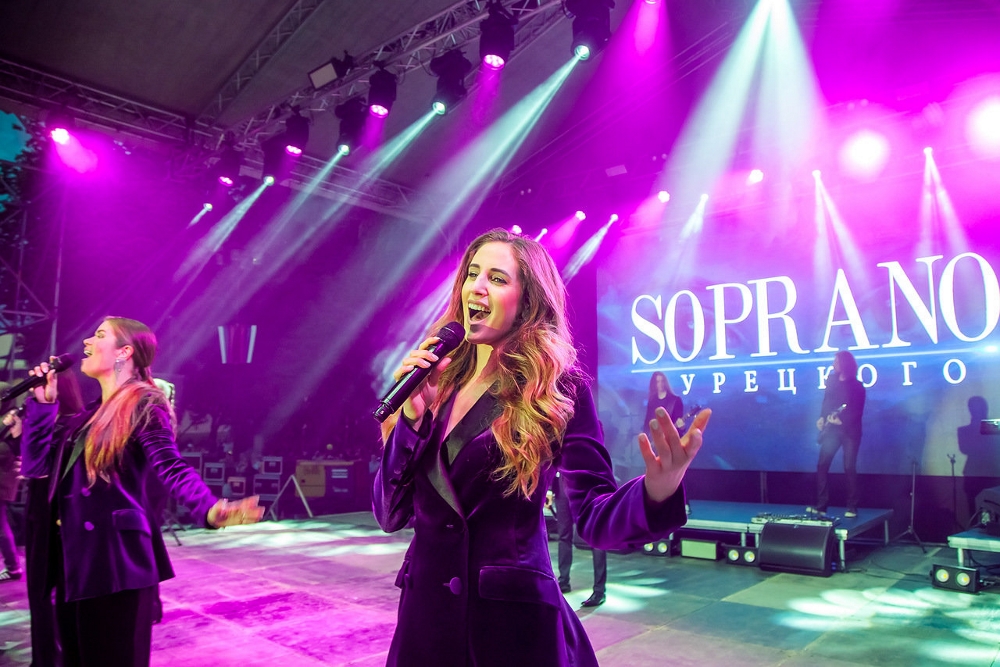 At the end of the program the head of the ensemble promised Novgorod to return next year to celebrate the 1160 anniversary.

We remind that the project was supported by the Government of the Novgorod region. The governor of Novgorod region Andrei Nikitin has risen on a stage to thank musicians. The head of the region also congratulated Novgorod on the city day. 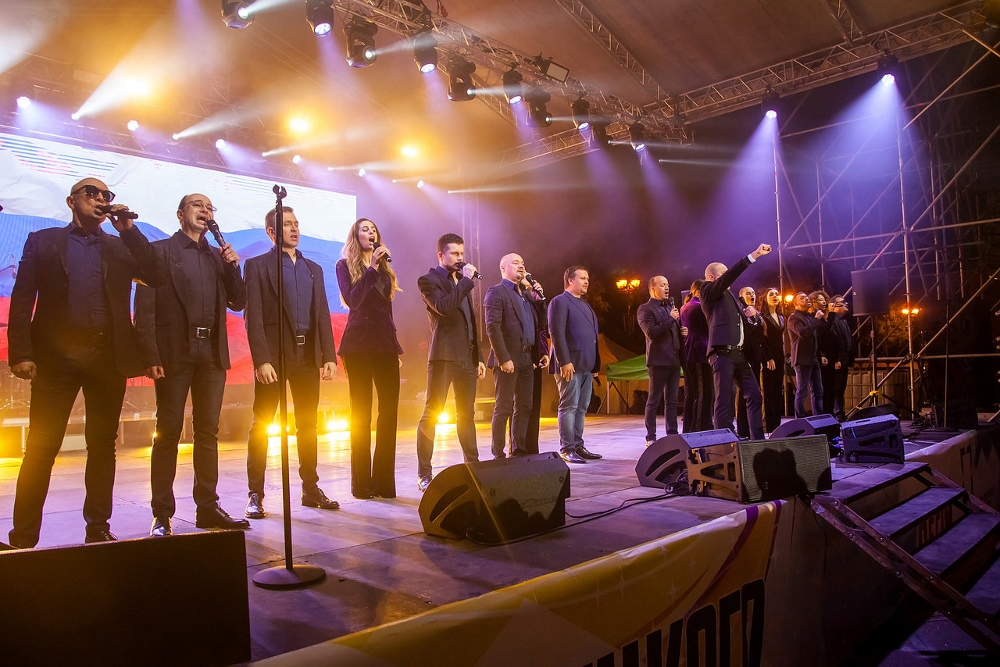 The traditional culmination of the holiday was fireworks over volhovom, on it the townspeople and guests admired about 10 minutes. 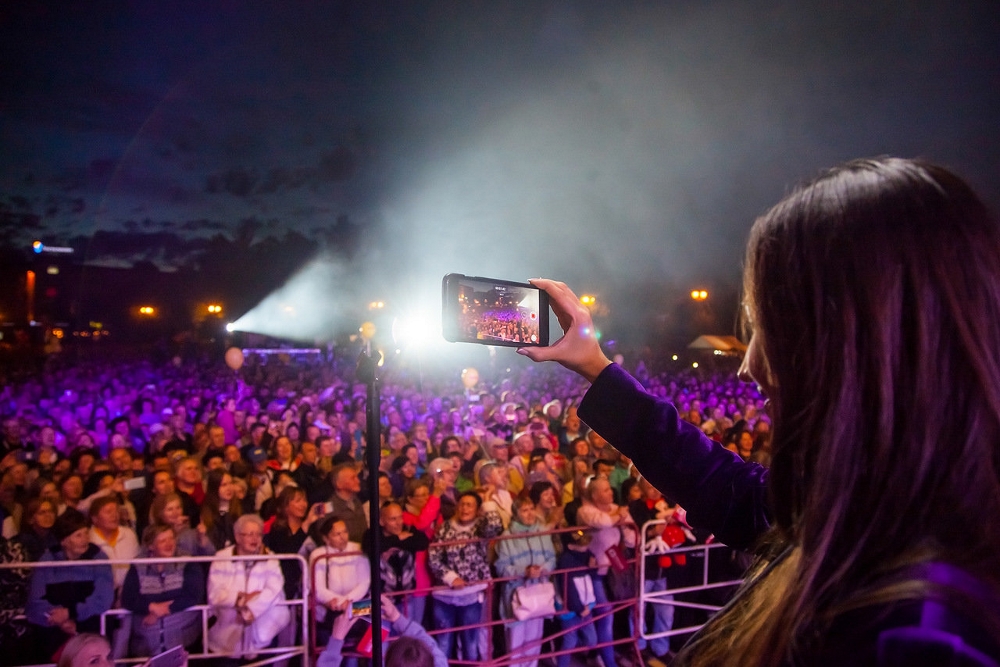